With a population greater than 7 million, Arizona has thousands of sports fanatics desperate to support their favorite team no matter what, especially on the many Arizona betting apps.

From the Suns to the Cardinals and the Coyotes, Arizona is home to some of the biggest sports teams in America, but who are officially the most popular and does this change by city?

To determine the most popular teams in Arizona, we analyzed the number of Google searches each recorded over the last 12 months. We then calculated the average monthly volume and ranked the top teams. Read on to see where your team places! 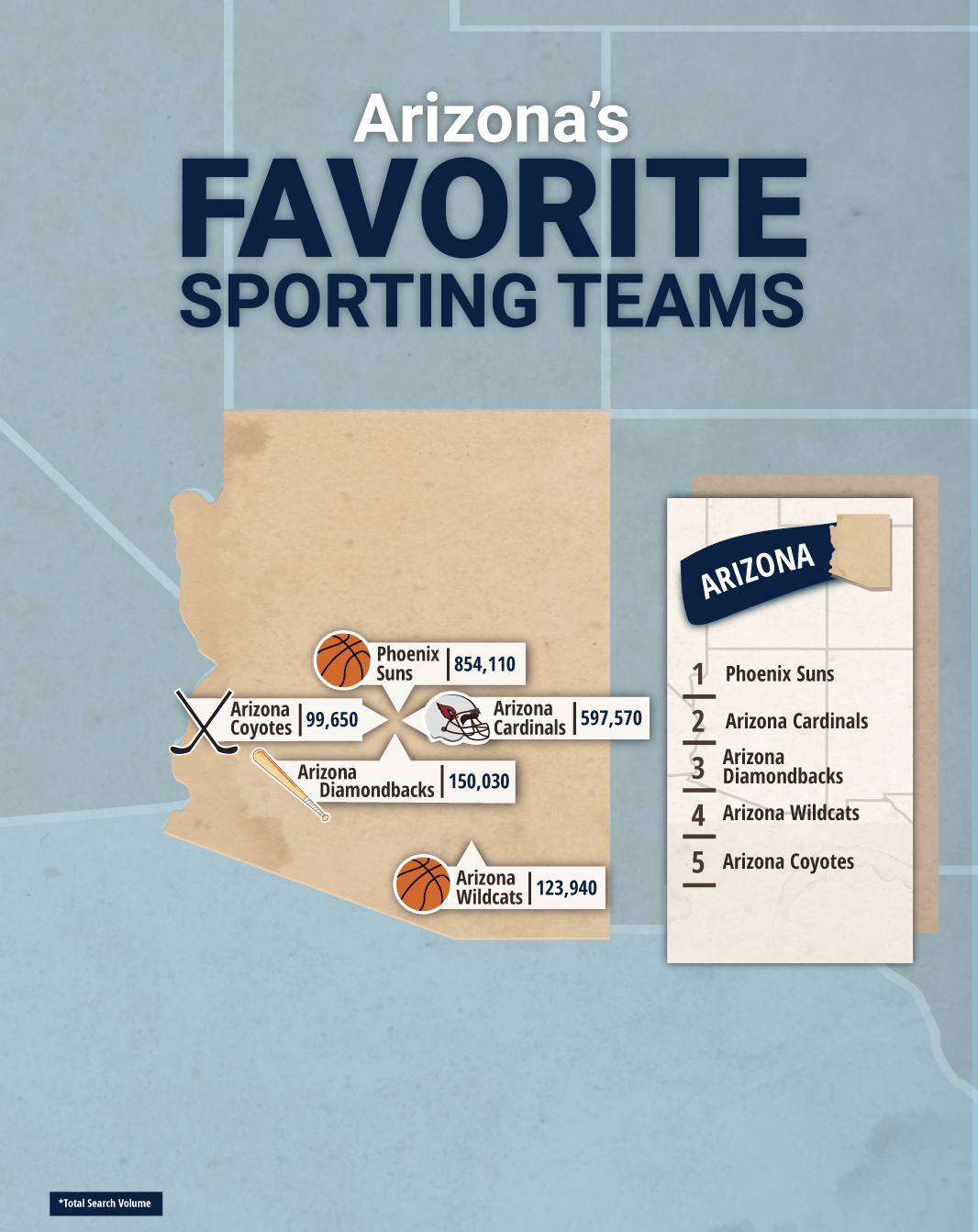 With over 854,000 Google searches a month, more than the next two ranked teams combined, the NBA’s Phoenix Suns are Arizona’s most popular sports team. Given the team’s recent success, the Suns have also been a hit with Arizona sportsbooks since they launched in Sept. 2021.

Arizona’s third most popular sports team is MLB’s Arizona Diamondbacks, with 150,000 Google searches per month, including 46,500 from Phoenix.

In fifth with almost 100,000 Google searches a month, we have Arizona’s most popular hockey team, the Arizona Coyotes. Despite having some of the NHL’s longest odds for Stanley Cup success, the Coyotes are among the three most popular franchises in Glendale (3rd - 9,300), Scottsdale (3rd - 11,100), and Peoria (3rd - 6,600).

Arizona’s Most Popular Teams by City


Watching sport is one of the most popular pastimes in Arizona, so it should come as no surprise to see such staggering search volumes.

For all the latest Arizona sportsbook promos come to BetArizona.com.