That’s one of the takeaways from a recent survey conducted by Arizona State University’s Global Sports Institute, in conjunction with Phoenix’s OH Predictive Insights, which found most Americans (40%) are ambivalent towards wagering.

Scott Brooks, who serves as the director of research for the institute, broke down the survey and its implications, telling BetArizona.com there are lots of positives — as well as a few negatives — about our increasing sports betting presence. 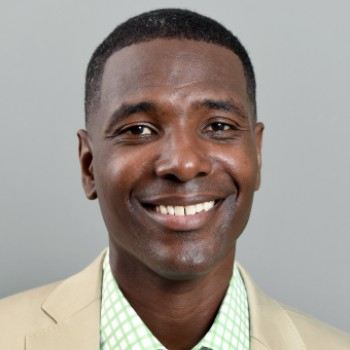 Below is a transcript of that conversation, edited for brevity and clarity.

BetArizona.com: What inspired ASU to conduct this sports betting survey?

Scott Brooks: At the Global Sports Institute, we try to look out and see what the big focal areas of sport are, what's going on and what's new. And sports betting as a national issue is something that we know has been picking up steam in the last five or so years. And many states are still trying to figure out if they're going to localize it. But it really was just trying to follow what we thought was the important news, something in sport that we really wanted to shed some light on and whether people were thinking of changing their minds about it.

Brooks: I think there's a couple of key takeaways. One of them is, in general, it seems like people haven't changed their opinion about it, and so this seems to be one of those topics that if you've had an opinion that you were not in favor of sports betting that hasn't changed. It doesn't matter about the news and whether or not states are legalizing it.

Even advertising doesn't do much to change people’s minds, so it seems to be kind of a cut and dry issue for many people, one way or another. But there are a lot of people who are ambivalent. So even while they haven't changed, there are a number of folks who think it doesn't really matter.

So it seems like it's one of those issues, that if it doesn't affect them personally, It's about freedom, right? It's civil liberties. And marijuana is kind of similar in some ways. As Americans, we're kind of in favor of people doing things if that's what they want to do, as long as it doesn't impact us.

And I think that this sits there. We see that mobile sports betting has really opened up some more opportunities and there's age-based things which makes sense. The younger you are, if it's accessible via mobile, you don't have to go in-person, you're more likely to bet, right? It's just lower barriers to entry.

Older folks, if they're betting, they're still going in-person. And so, we have some of that generational stuff. Sports fans, those who are really into watching various sports, that opens the door for more sports betting possibilities.

So we see a difference. Most Americans are not bettors, but they still feel like everyone should have the right to do what they want to do. One of the things that's something for us to keep our eye on is sports betting in places like the UK. They're now opening clinics because of there being a really serious issue with gambling addiction.

When we asked what should we be doing, limits to betting and putting caps on betting amounts was the most popular choice and then underneath that was treatment programs.

I'm a little concerned about how much we're utilizing information about what's going on outside. But again, people just don't hear about it so much. That's not something that is promoted. That kind of dangers of it. And that came out in our survey.

We asked, “Are you aware of the dangers [of sports betting],” and folks in general felt like they weren't aware of the dangers. I think there's the kind of obvious reaction that there could be an addiction, but often we render that to some people who kind of get themselves in trouble. They're a little bit out of hand. So folks were more concerned about those who were poorer, getting into trouble. So I think those were some of the key takeaways for us.

BetArizona.com: What was the biggest surprise your team got from the results?

Brooks: I think the ambivalence, really. The single largest percentage in terms of being ambivalent was around 40%. And so, you have those who are in favor and those who are opposed, but the largest group (was) just sitting right there in the middle.

And so that was a little surprising. And they didn't believe that they would be swayed one way or another. So I think that tells us we don't know if you've got a group like 40%, in terms of who responded, you don't know whether this is going to swing where a lot more people are going to start betting versus people making a decision and not doing so. And I think that gap is an opportunity, and it just tells us we were going to have to keep paying attention to it to see if that gap changes at all.

BetArizona.com: Where do you see the American sports betting market going from here, given the insights you learned from this study?

Brooks: I think Vegas is a big place to watch. Just in terms of (where American sports betting is headed). Then if you're looking at places like in D.C. in the arena, there's a Caesars Sportsbook right there in the arena.

We're going to see more of that. That's why I said that gap of about 40%. I don't think that's going to change in certain ways. I would imagine that if you keep putting it in people's faces, and there's more and more opportunities, if you can go to a place like Vegas — it's not that you may get more individuals, but I think we're going to see an increase in betting.

And that's what the leagues are all gambling on. And I think, between Vegas and then being able to open up sports betting in your arena, because you can have it legalized. I think we're not going to end up with more people, per se, but more of the same people betting more and more.

BetArizona.com: What would you like the people that read your survey to take away from it, regarding sports betting in America?

Brooks: I think what we would like for them to take away from it is one that they're still Americans that don't have all the information. We say that we don't know that much about what's going on. I mean, 45% of folks had some knowledge, and it's a little bit more than that had some knowledge, though, of sports betting and that we're changing.

But Americans as a whole are not that aware of sports betting. They're not paying as much attention to the legalization of it, and they are not aware of the harms of it. So that to me is something for us to pay attention to.

I think, on the other hand, there's been a huge shift when you think of historically, when you go back to a Pete Rose and in the '80s, even up into the '90s — this whole idea of sports betting was that there was corruption. And we were trying to protect sports from corruption.

So, I think the real question is what's really changed? And I think that's something for Americans to ask: What has really changed since then? Since it doesn't seem like people have changed their views? What else might be going on?

BetArizona.com: You mentioned the UK, which has a much more established sports betting culture. Do you see the U.S. following a similar trend?

Brooks: I do think that once you open the door, you've opened the floodgates. And so, seeing an MGM sportsbook inside an arena, I think that Vegas is probably the closest (analogy), when you think of it compared to what's going on outside the U.S.

I think that it's inevitable that our biggest leagues are going to continue to build partnerships and see this as a business opportunity that they can gain from. I don't think we can put that horse back in the stable, I think we're there.

So the question becomes, how do we feel about this and what do we want organizations to do as we learn more?

So corporate responsibility, thinking about if we're going to do this and there seems to be a real concern about an increase in gambling addiction. So, are we doing enough, and can we get ahead of it? In terms of preparation? Is there greater education?

You have Steve Mariucci doing a commercial where he says here are the three lines and one of them is caps on the betting and you know, something else, but it's forgettable, and it's not anything that seems to be that robust.

So, I just want us to really be mindful and to use these other places as some examples and for us to think about what else we could be doing.

Arizona Sports Betting Handle Down Slightly, Taxes Up in November

Super Bowl LVII: What to Know About Fourth Big Game in Arizona