It’s been a whirlwind opening stretch for Arizona betting apps, with the state reaching $1 billion in handle in less than three months.

One element of the Grand Canyon state’s sports betting rollout that’s gotten a lot of publicity is the taxable revenue, or lack thereof, Arizona’s market has brought in so far — generating just over $4 million between the Sept. 9 launch date and the end of November.

BetArizona.com chatted with Arizona State University Senior Lecturer Daniel McIntosh, who specializes in sports business and has assisted in economic impact studies for the Super Bowl and NCAA Final Four, to see how the state’s revenues have lived up to expectations and where the market could be headed. 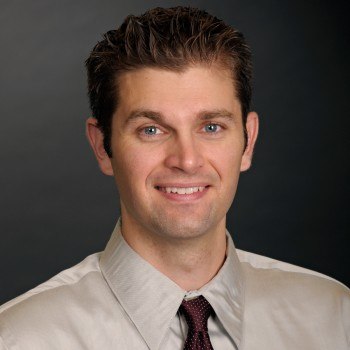 Below is a transcript of that conversation, edited for brevity and clarity.

BetArizona: So far, the state of Arizona has received less than $5 million total between September and November in tax revenue through sports betting. How do you see the state’s tax contributions faring in the new year, once the write off of free bets end?

Daniel McIntosh: It’s a great question, but there’s also some other factors that could be at play here. So, we’re not going to observe this just in isolation.

So, what I can call kind of that benchmark number can be impacted by some of those external forces. Now if we were to come through and just think about the sports themselves, I think we all recognize that football is by far the biggest draw.

The Super Bowl obviously will be in two weeks, and that’ll be a huge revenue driver. So, in February you could see a nice uptick. But once you get out of football season, there is a pretty strong seasonality that exists between these months. And that’s actually been fairly consistent within the actual football months, where you see big upticks during the first month of operation and then a slow decline as people burn through the financial resources that they allocated for this form of entertainment.

BetArizona: Do you see any future contraction in the sports betting market, or do you see smaller players (such as WynnBET, Unibet, etc.) being happy to make between $500K and a few million dollars each month?

McIntosh: So, I definitely think that there will be a shakeout occurring. As I’ve mentioned previously, the war for market share is having pretty strong impacts on customers’ expectations. You’re hearing some people say ‘Hey, I’m not playing unless I get a free bet.’

And that’s also obviously having an impact on bottom lines eroding profits. Generally speaking, most kind of traditional gambling models would say the market dynamics are going to be oligopolistic in nature. So, there’s going to be one or two, maybe three or four dominant parties that are going to control the market.

And I think that’s sort of inevitable. But we also have some other structural things that are going to contribute to this.

[Operators] just might say ‘hey, it’ll be more effective for us to allocate resources in other states, other locations where we do have a competitive advantage.’

So, I do think that’s what you’re going to see, is you’ll see some of what some people call “contraction,” or as we call it, a shake down where the market dynamics start to play out.

Bet $5, Get $200 in Free Bets Instantly
Activate Code
Terms apply for all bonuses. Must be 21+ to participate.

BetArizona: Speaking of contraction, do you see the bigger players in the industry (DraftKings, FanDuel, Caesars, BetMGM) buying up their struggling competitors in the year ahead?

McIntosh: I may be parsing words here, but I don’t know if I’d call it “buying up a competitor.” I think that when you go and you try to purchase someone else, that tends to be a pretty expensive option.

I think we’re going to likely see the opposite happening, where some of the smaller players just say, ‘hey, you’ve got a strategic advantage. We’re going to look to exit the market. Is there a mutually beneficial arrangement via a merger or by selling out assets to a larger player?’

Because quite frankly if you’re one of the larger players and you are making money, you could wait them out. You’d have to think of what the cost benefit would be for me to pay to get an acquisition when I’m already seeing significant network effects and positive ROI on all of my investments, I’m probably going to see these guys leave anyway, why would I overpay to see that happen?

So, I think you’re correct that that’s going to happen. I just don’t know if it’ll be A approaching B, or if B’s going to approach A.

BetArizona: Do you see the Arizona sports betting market continuing to grow in 2022, after a 3.9% decline in wagers in November, or do you think November’s report is indicative Arizonans are starting to cool on sports betting?

McIntosh: Again, we’re going to have some competition dynamics at play here. So, it’s entirely expected, as we’ve seen in other states that have longer track records, to see that longer pull-back towards the second half of the NFL season.

There are fewer incentives. There are more people that have gone through their market. So, I wouldn’t be worried about seeing the 4% decline.

Will we see a continued growth? I think the answer to that’s probably going to be yes, but it may not be driven entirely by online. We will see the coming online and the opening of the physical, in-venue places opening.

There are just some competing things that we may be seeing, between the growth of online, the growth of in-person, and then what we saw in November, which is a common seasonality that would lead to some retrace, but that I don’t think is emblematic of a larger pull-back; I think it’s a natural trend that we’ve seen in other states.

BetArizona: Four months into the sports betting era in Arizona, do you think the state set up the market to maximize tax revenues?

McIntosh: It’s an interesting thing: When we’ve talked about this in the past, we’ve mentioned some of the competing stakeholders.

So, we had the incumbent casinos, with the tribal nations that had their operations, and then we were closing out some online gaming exceptions for these external players to come in.

If you’re asking me, do I think we’re going to go to the DMV and wait in line while placing a wager? I don’t think so. But have we gone through and tried to satisfy as many stakeholders as possible to create win-win situations throughout the state and maximize tax revenue? Yeah, I think that’s probably the case.

We’ve got on-site, we’ve got online, and then we’ve got some of the mega events that are coming through to support that. You could also look at the differential in tax rates. The tax rate for Arizona vs. let’s say New York. New York is charging very high fees, in terms of operation.

As with everything, there is a tradeoff between that percentage and how much you think the market can bear. So overall I think the state’s doing a pretty good job in terms of managing their first year through this operation.

BetArizona: Do you see the state’s marquee events, such as Spring Training and the Super Bowl in 2023, helping provide a boost in sports betting interest?

McIntosh: Absolutely. We see that across the spectrum. For example, one of the things that we do at W.P. Carey [School of Business at Arizona State] is the economic impact. And we evaluate the impact of events like the Super Bowl. And when you can bring in 75,000 fans to a stadium, most of them out of state plus bringing support staff and media and all the other things, you’re having hundreds of thousands of people coming into your state, you’re going to see an uptick.

And see that across the board with hotels. We see it across the board with tax revenue. And I think it’s very likely to say that we’re going to see the exact same type of lift when we have the Super Bowl here [in 2023], not just when it comes to online gaming, but also the in-person, at venue gaming, I think we’ll see a pretty substantial spike there as well.

BetArizona: Is there a market comparison to what we’ve seen during the first four month of sports betting in Arizona?

McIntosh: I think most of the markets have been operating through very similar trends. I can’t think of a market that is different from what Arizona has experienced. I think if you looked at any of the states, you’d see a similar increase in football wagering that as the year winds on, the decrease in that, and then kind of dips and valley with the World Series or the NBA Finals, the mega events drawing some attention and then an increase in spike activity, because football is king, when football comes back, things pick up.

So that’s not a comparison that I’ve typically done, where I go ‘let’s compare Arizona to a sister state like Nevada.’ I can’t think of that type of comparison, all the states, at least as I kind of picture it top of mind, have been following similar patterns as they roll out the online gaming world.

BetArizona: Is there anything else that we haven’t talked about yet that you would like to discuss?

I think that’s an aspect that sometimes doesn’t get enough attention. Yes, we see the tremendous revenues that are being generated. We see the handles that are being generated. But there’s also another side of this, which is ‘are we doing this responsibly? And are we making sure that we’re putting the proper stopgaps in place to protect the people from things that are, quite frankly, quite exciting?’

Having a wager on a game and winning is a very exciting thing, it’s a very emotional thing, and sometimes when you get a strong emotion you can get subpar decision-making. So, there is an aspect here that we probably should be talking about, which is are we rolling this out in a responsible way to where it truly is the fun time that it should be for all of the citizens.